A well-known Brazilian Catholic priest has hung himself with bed sheets in jail, according to Religion News Service. Bonifacio Buzzi (I will not call him reverend, as he is not worthy of reverence) was in jail following an arrest on Friday after accusations emerged that he molested two boys, aged 9 and 13. 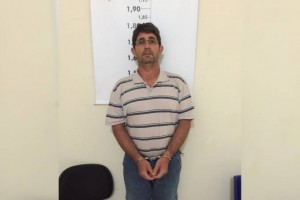 This was not his first time behind bars.  Buzzi was recently released from prison after serving from 2007 to 2015 for child molestation, being convicted of performing oral sex on young boys.  Just typing that made me want to throw up.

If his name sounds familiar, it may be because Buzzi was mentioned at the end of the film Spotlight, the Academy Award winning film about the abuse in the Catholic Church in Boston.

Thank you, Bonifacio, for taking yourself out and saving Brazilian citizens the tax money they were going to have to pay for your room and board for the next 10+ years.  They’re already in rough shape from hosting the Olympics.