It’s no secret that I often scour social media for references to the Good News Club, in an effort to prevent schools and school districts from advertising the clubs or showing unconstitutional favoritism toward them.  When I find a violation, I respond to the school, and so far have been very successful in getting posts taken down. And when not successful, I’ve rallied the troops to assist in amplifying our voices.  In every instance, schools have removed their Good News Club references in the end.

Today I came across a something posted to a Facebook parent-teacher group by a mother in Virginia, Heather Davis (no relation), who was looking for more information on what the Good News Club is.  Her son asked her if he could join, and Ms. Davis thought she remembered getting a flyer through the school earlier.  Another member of the group responded, letting her know what the Good News Club is.  Ms. Davis replied with her thoughts on the separation of church and state, saying she thought getting a flyer for a religious group through a public school was inappropriate.  Then the persecuted Christians jumped on her.

I’ve posted the entire thread below and have not obscured the names of the participants, as this is a public Facebook group. 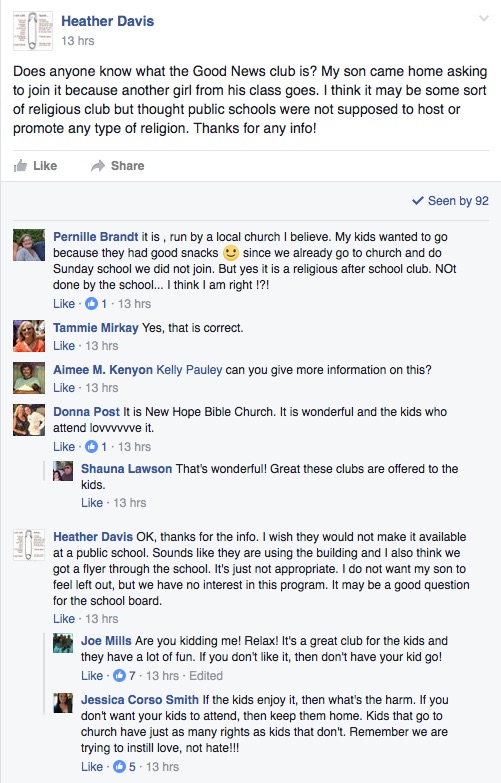 We see this type of reaction often from supporters of the Good News Club or other promoters of religion in public schools. I have no doubt that most of the kids who attend the Good News Club enjoy it.  But that’s not the issue here.  Often, the abused aren’t aware they’re being damaged.  Yes, to many of the kids who aren’t thinking critically, or dare I say, not allowed to think critically, the Good News Club is exactly as advertised — fun and games and stories from the Bible.  What they don’t realize, and often times do realize later in life, is that the Good News Club employs a psychologically abusive narrative.  They teach kids they’re inherently flawed and have sinful hearts, and the only way they can fix their broken souls is by accepting Jesus as their personal savior.  In other words, “You’re no good without Jesus, and you’re doomed to eternal separation from everyone you love. Unless…”  The Good News Club works to tear down a child’s self-esteem in order to repair it with fundamentalist Christianity.  It’s calculated and abhorrent.  Remember, these kids can be as young as 4 years old. 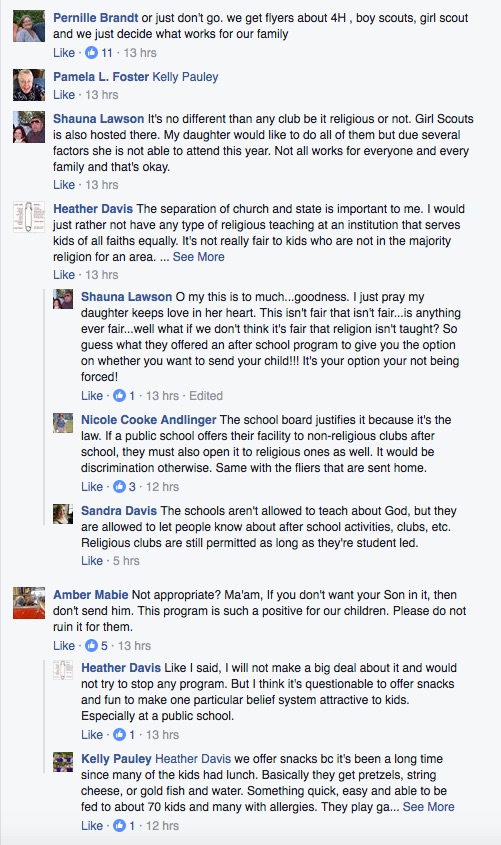 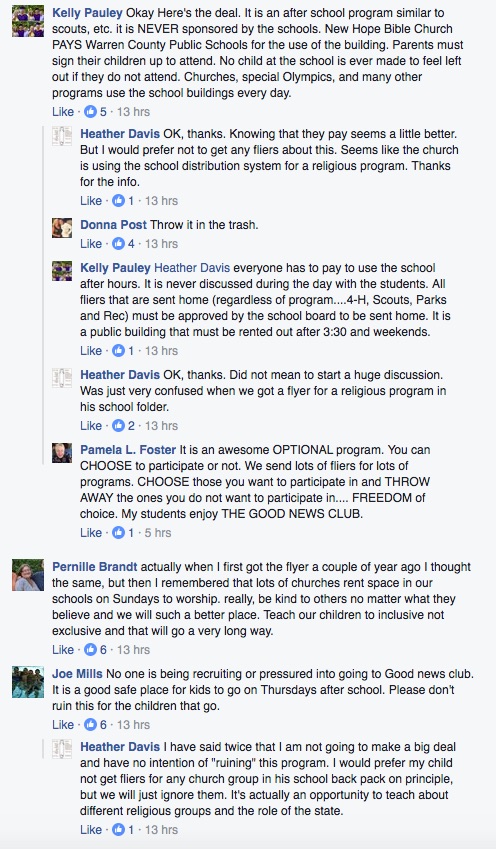 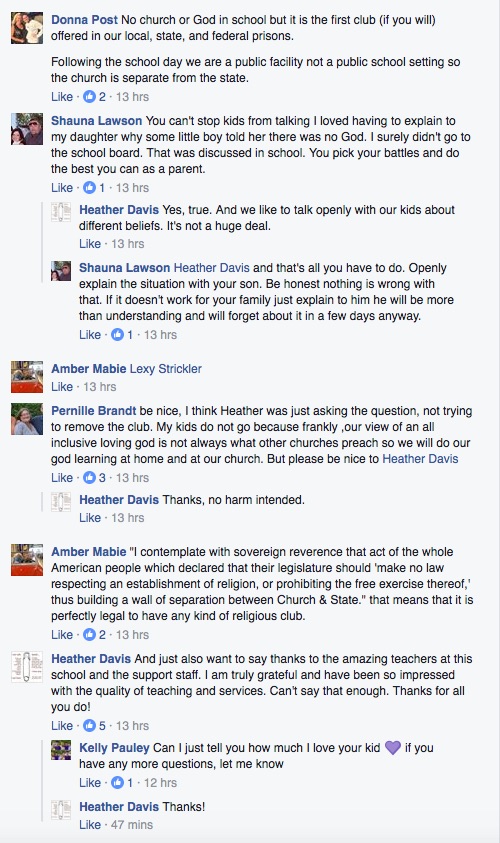 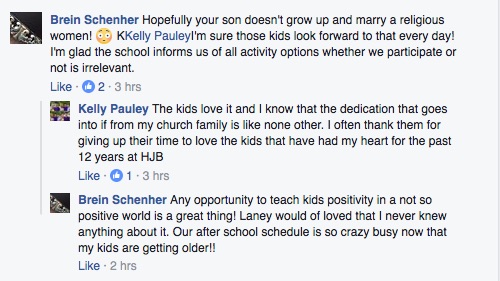 Unfortunately, these supporters of the Good News Club just don’t get it. But I don’t expect them to.  Instead of trying to understand Ms. Davis’s objection to the distribution of religious flyers through her public school, the other members of the parent-teacher group jumped on her for suggesting such a practice might be objectionable.  Their defenses went up immediately and never came down, despite Ms. Davis saying multiple times that she’s not looking to challenge the existence of the club or start any trouble.

Imagine using the same “logic” they’re attempting, but with a different subject, say… abortion. “If you don’t like abortion, then don’t get one.” I’m pretty sure that wouldn’t fly with them.  The “if you don’t like it, don’t do it” tactic is flawed in so many ways. I don’t like rape, and I don’t do it. But I’m not ok with other people getting raped. So I should just shut up about it, right?  Yeah, no.

After reading this discussion, I personally reached out to Heather Davis to offer my support and thanks for speaking up for church-state separation. I also pointed her toward more information on the Good News Club, via goodnewsclubs.info, and offered to help her start a Young Skeptics chapter in her school if she’s interested.  I hope she takes me up on that offer.  It sounds like they need it.

Attention Secular Groups: This Atheist Wants to Report You

Billy Graham Says Christians Can Do Nothing to Convert Atheists

Unlike the Presidential Debate, Religion Should Be a Factor in the VP Debate Tonight