It’s been over two weeks since the allegations against Lawrence Krauss became public in a Buzzfeed article that has made its rounds in the secular community, spurring a myriad of reactions by his friends, colleagues, fans, and students. I’ve seen dozens of posts about Krauss and similar cases pop up in my Facebook and Twitter feeds, with varying opinions on whether or not we should believe his accusers at face value, allow “due process” before making a judgment, avoid Krauss altogether, or reject the accusations against him because his accusers are acting on a personal vendetta, or because the reporting agency was, well, Buzzfeed — the same outlet who brings us articles like, “Which Present-Day Spice Girl Are You?”

Last week, Krauss published his own response to the allegations, which Hemant Mehta does a nice job breaking down for you, in case it’s a bit tl;dr. In Hemant’s article, he essentially slices right down the center, not playing judge and jury, and at the same time pointing out some areas where both Buzzfeed and Krauss could have done a better job being forthright with the details of certain situations. There are places where Krauss could have made denials (and probably should have if he was innocent) but didn’t, and places where Buzzfeed could have been more impartial but may have left out some details.

What I take from all of this is that, regardless of whether or not Krauss actually grabbed someone’s breast, or made an unwanted sexual advance, or threw a woman on a bed when she wasn’t a willing participant, or did any of the other creepy, abusive, or harassing acts described in the article, it all points to this (partially by his own admission):

At an absolute minimum, Lawrence Krauss has a problem recognizing where the lines are.

What I mean by that is it’s obvious that something happened, and more than once. Did things happen exactly the way Buzzfeed has reported them? Possibly not. That’s impossible for us to know. Have things happened that have made women feel uncomfortable, unsafe, threatened, or about to be f*cking raped? For sure. Long before the Buzzfeed article, I’d heard rumors about Krauss’s behavior from friends and attendees in the secular conference circuit. So yeah, that probably makes me a bit more prone to believe the accusations. But regardless of that, we need to consider the emotional toll it takes on accusers to come forward. Imagine being sexually harassed or abused by someone in a power position. You finally decide it’s time to come forward, and the first reaction by a huge subset of humanity is to minimize your experience, disregard your testimony, and refuse to believe you until your offender is somehow subjected to “due process” — something that, in a legal sense, will probably never happen. You’ve risked your own reputation, subjected yourself to harsh criticism, and made yourself even more vulnerable, only to watch others run to the defense of someone who has violated your trust, and in many cases your own body. Women don’t typically make false accusations for shits and giggles. It’s not fun.

And the worst part is that there are thousands of sexual misconduct victims out there who are tracking this. And they will ultimately remain silent because they see what you’re being subjected to now and they want to minimize their own personal damage.

So to those who claim they’re waiting for “due process” to occur in order to decide who to support: YOU ARE THE PROBLEM.

Due process doesn’t apply to public opinion, or invitations to conferences, or even employment. Sure, Lawrence Krauss shouldn’t be incarcerated unless he’s found guilty of something through the legal system. But HELL YES we should believe women who are brave enough to speak out and name their abusers/harassers. And until those people are exonerated, we should stay the hell away from them so their body count doesn’t get bigger. If we don’t, then we’re complicit. It’s the same way we should approach child abusing clergy members. Should we scream “due process” when a priest is accused of sexual abuse and let him continue to serve in the church and have access to children until he’s gone to trial? HELL NO. Remove the potentially bad actors from the situation until “due process” is complete.

There is no perfect solution to issues like this, but EVERY TIME we need to default to the protection of the vulnerable, not the shielding of the accused. If we’re screaming “due process” instead, just to protect those we hold in high esteem, not only are we misusing that term, but we’re impeding justice for those who need our support and garner strength from our advocacy. 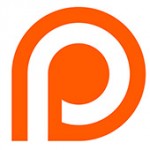 Atheist Doc ‘A Better Life’ Has Screened in 100 Cities: Lessons from the Road [Interview]