After starting out his speech today by promoting his new hotel in Washington DC, and then trotting out decorated retired veterans to endorse him, Donald Trump addressed his involvement with the birther campaign.  Beginning in 2008, Trump led the birther movement which accused Barack Obama of being born outside of the United States, despite no evidence supporting that claim.  He has recently blamed the birther movement’s origins on Hillary Clinton, a claim that is about as true as Obama being a Kenyan Muslim Communist bent on taking everyone’s guns in home invasions after declaring Martial Law.

Today, Trump finally declared the end to the movement he propagated:

Hillary Clinton, and her campaign of 2008, started the birther controversy. I finished it. I finished it, you know what I mean. Barack Obama was born in the United States, period.

Trump’s admission was in response to added pressure from Hillary Clinton to respond to his involvement in the birther movement.  I’m not sure what he meant by, “you know what I mean.”  I guess that means I don’t relate to the Donald very well, and I’m ok with that. Despite admitting that President Obama is a natural-born American citizen, he still tried to pin the movement on Clinton, who throughout the 2008 campaign, called the birther movement racist and stupid.

And in 2016 we’re still dealing with racist and stupid.  The racist Republican candidate obviously thinks we’re all stupid. 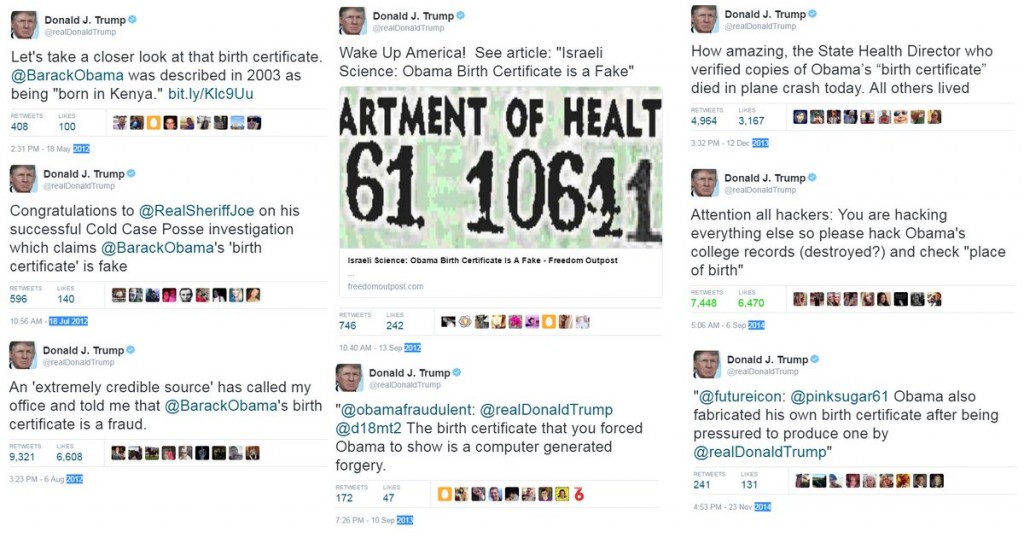 An Atheist Walks into a Christian Meeting about Atheism…