Today, President Trump signed an executive order on “religious liberty” — a buzz-phrase that is code for “make everyone comply with my belief system.”  In it, Trump calls for less IRS enforcement of the Johnson Amendment, which prevents churches from politicking from the pulpit, not that they’ve been very successful in enforcing it anyway.  Since the law was enacted in 1954, only one organization has lost its tax-exempt status based on it, despite thousands of reported violations.  But now at least the IRS has an excuse not to do their jobs.

Also referenced in the executive order is a religion-based exemption to employer health care plans, paving the way for employers to deny contraception coverage to their employees based on the business owner’s belief system.  Because that seems fair.

Keep in mind though, the executive order is basically a bedazzled suggestion to governing entities.  After all, only Congress can repeal the Johnson Amendment, and he certainly can’t revise the Affordable Care Act on his own.  Hell, he can’t even spell “precedent” on his own. 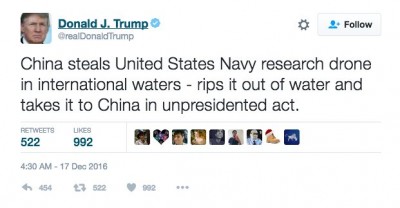 What wasn’t mentioned in the executive order, but was included in a previously leaked version, is a reference to businesses denying services based on religious affiliation — gay wedding cakes and all that.  We all know Pastor-in-Chief Mike Pence would have loved for that to be included, but I’m guessing it was removed based on reactions from watchdog agencies like the ACLU, who already notified the Twitterverse they were prepared to sue the White House.

If President Trump signs an EO that allows religion to be used as an excuse to discriminate, yes, we will sue. https://t.co/269OADkKzi

It’s not clear yet if this order will end up in court or not, since on its face, it really hasn’t changed anything. It’s just a bunch of bluster and a feather in Trump’s cap — an effort to keep those Evangelicals on his side.  I wouldn’t doubt that it’s also an effort to raise his poll numbers, since he unabashedly cares so much about his personal ratings.

Anyway, the executive order is good news and bad news, depending on how you look at it, but in the end, any government endorsement of religion is unacceptable… you know, because of that pesky Constitution and all.

The Right Has Nothing Better to Do